The founder of Facebook, Mark Zuckerberg was previously accused of wrongly distributing customers’ private information to other companies, which eventually led Zuckerberg to testify before Congress regarding this situation.

What Zuckerberg was accused of mainly was sharing call and text information from Android phones throughout the years and he used to sell this user data to other companies for their own purposes.

This invasion of privacy and violation to a person’s personal data was what led Zuckerberg to travel to D.C. to testify before the Senate Judiciary committee in April 2019.

On the same note, the representatives of Google and Twitter were invited as well to testify on the same counts as Zuckerberg but none of them gave any signs of showing up.

Alphabet CEO Larry Page was also asked previously to testify before Congress but in the same manner he claimed to have something else to do to avoid speaking in public and testifying.

And while Alphabet has been facing numerous challenges, people have been asking where Larry Page, the CEO is?

The main focus on the D.C. court cases was to discuss the ways that all of these businessmen have exploited their platforms, and how they were taking advantage of the information that people were making available for them.

During this event, a hearing began in front of the Senate Intelligence Committee where even a black chair was reserved for Larry, which had a note card with the words “Google on it” just to demonstrate the absence of the CEO and how everyone around him did show up.

The fact that he had skipped the hearing was even more damaging to his reputation than the actual event. People judged him for not showing up and even labeled him as arrogant for missing such an important and detrimental event to the company.

The empty seat was not unnoticed and even the news broadcasters panned their cameras to it to show the absence of the CEO. It was more than anything an embarrassment to his own company.

In the past Larry Page used to maintain a quiet distance which in effect was beneficial to the company, especially when a scandal used to be present, however in the current events his distancing from the situation only raised doubts on who was really leading the company through this crisis.

On the other side, those who did testify like Zuckerberg have already apologized for their behavior and for having exploited the platforms that they were running.

They have claimed that they didn’t know the amount of damage that their actions where causing and also they apologized for the unintended consequences caused by their networks.

As a main response they claimed that they were going to do everything in their power to fix it. Unlike Page, who is still absent from the public eye and has not given out any statement nor any plan to fix the damage that was done to the users. 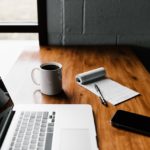