Born in Chicago in 1947, Hillary Clinton is today one of the best-known faces in U.S. politics. Clinton earned a law degree from Yale University before going on to marry husband Bill Clinton, a fellow law graduate, in 1975. Clinton went on to become a highly successful lawyer and was named as one of the 100 most powerful lawyers by The National Law Journal in both 1988 and 1991.

Hillary Clinton came to the fore as a valuable partner to her husband in his successful presidential campaign in 1992. She was then appointed head the Task Force on National Health Reform (1993), although the controversial plan was ultimately abandoned a year later and never came to fruition.

When the Monica Lewinsky sex scandal erupted in 1998, Clinton publicly stood by her husband. However, during one of the most notorious political scandals of recent times, it was reported that she privately considered leaving the president, who managed to weather the storm of impeachment and hold onto power.

Having served as first lady from 1993 to 2001, Clinton’s own political career began in earnest when she became a U.S. senator from New York in 2001. In 2008, Hillary Clinton ran for as a candidate in the Democratic Primaries. However, she eventually conceded defeat to Barack Obama, who went on to become president after a successful electoral campaign. Obama subsequently appointed Clinton as his secretary of state, a position that she held until 2013.

In 2016, Clinton became the first woman in the history of U.S. politics to win the presidential nomination for one of the two major parties. After a deeply divisive campaign fought across party lines, Clinton was eventually defeated by her Republican counterpart, Donald Trump.

In the aftermath of the 2016 presidential elections, former CIA director Leon Panetta decided to investigate the Clinton campaign and the Democratic National Committee (DNC). This was due to suspicions surrounding a payment made by the DNC for a dossier allegedly containing evidence related to Russian collusion in the Trump campaign. A Washington-based law firm later confirmed receiving a Clinton/DNC dossier payment in return for collecting damaging information on Mr. Trump on behalf of the Clinton campaign.

Trump and his associates stringently refuted the information in the dossier. Many of the claims made were later rejected by Robert Mueller in the report he presented to the Senate that summarized the conclusions of his high-profile investigation into Russian interference in the 2016 election.

The Top 6 Most Profitable Small Business Ideas for Men 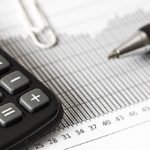 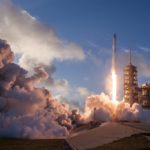