Nancy Pelosi is one of the U.S. politicians who has become known for her strict stance on the environment in recent years. Amid mass rollbacks on climate commitments from the Trump administration, Pelosi has led the Democrats in calls for moving toward a low-carbon economy and energy reform.

Born in 1940 in Baltimore, Pelosi comes from a family with a rich history of political involvement. Her father, Thomas D’Alesandro, Jr. was also a politician and member of the Democratic Party. Having studied political science at Trinity College in Washington, D.C., Pelosi rose to prominence as a Democrat, serving on the Democratic National Committee and as chair of the California Democratic Party (1981–83). She won a special election to the House of Representatives for California’s 12th Congressional District in 1987.

Making a name for herself as a shrewd and capable politician, Pelosi has fought for affordable healthcare and housing for the most disadvantaged U.S. citizens. She has also spoken out vociferously in support of human rights and environmental causes.

Pelosi has been particularly progressive when it comes to ending the use of energy production from high-emissions fossil fuels such as coal. In a radical initiative, Pelosi announced in 2018 plans the “essential” importance of carrying on President Obama’s “War on Coal” by closing down one-third of the America’s coal plants by 2020. The initiative has been met with significant resistance from Republicans.

Pelosi was one of the driving forces behind the passing of the Climate Action Now Act in 2019, the first climate bill passed in the House of Representatives in a decade. The bill aims to apply pressure on President Trump to rejoin the Paris Climate Accords. It includes proposals that range from putting a price on CO2 emissions to the enactment of a Green New Deal, the implications of which would mean the complete overhaul of the U.S. energy sector. However, it is unlikely that the act will be ratified in the Senate due to Republican dominance on Capitol Hill. 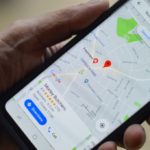 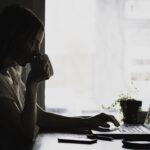