Trump: If You’re Kneeling for the Anthem, Maybe You Shouldn’t Be in America

Donald Trump is undoubtedly one of the most divisive presidents in the history of U.S. politics. His combative approach to dealing with media and his anti-establishment views expressed via a prolific use of social media channels has earned him a cult following among his supporters. However, his opponents accuse him of spreading bigoted ideas and eroding the democratic integrity of the political system.

Having spent much of his life as a property magnate, Trump gained notoriety for his appearances of reality TV and talk shows. Trump was swept to an improbable victory in the 2016 elections on the back of an aggressive campaign in which he took aim at the “fake news” media and the political establishment. He promised to “Make America Great Again”, a campaign slogan that plugged into feelings of malcontent shared by large numbers of disenfranchised voters.

In the first year of his presidency, Trump proved that his time in office was not going to follow the norms of presidential behavior. He entered into open feuds with people on Twitter, including a military widow, as well as embarking on a long-running tirade against anyone he perceived to be part of the “liberal left”. He made good on his promises to instate major tax cuts and shaking up the judiciary, ending the year with an approval rating that was hovering around the 30 percent mark.

Trump’s second year was marked by a historic summit with North Korean leader Kim Jong Un as well as strong economic growth. It was also marked by the intensification of the U.S. trade war with China and a growing outrage about a tightening of the immigration laws which led to the separation of migrant children from their parents in detainment centers on the U.S.-Mexican border.

Probably the biggest Trump-related controversy in 2018, however, was the row that erupted when San Francisco 49ers quarterback Colin Kaepernick decided to take a knee during the national anthem that precedes every NFL match. Kaepernick later explained that he took a knee to protest racial inequality and police brutality in the U.S.

Trump was enraged by what he perceived as Kaepernick’s anti-American attitude, suggesting: “If you’re kneeling for the anthem, maybe you shouldn’t be in America”. However, this statement only served to incite widespread outrage among the country’s African American population, helping to spark the “Black Lives Matter” civil rights movement that quickly took root. 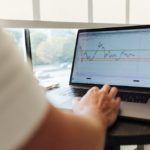